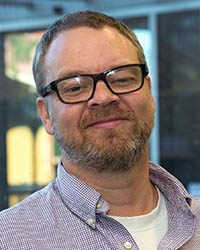 Wes Pearson’s interest in wine began after working in restaurants as a young man in his native Canada, and he eventually trained as a sommelier. A career shift saw him go back to school and complete a BSc in wine biochemistry at the University of British Columbia. After a vintage at Chateau Leoville Las Cases in Bordeaux, Wes moved to McLaren Vale in 2008 where he worked as a winemaker for three years before joining the AWRI as a Sensory Analyst in 2011. Now a Senior Scientist, Wes is currently completing a PhD at Charles Sturt University, evaluating rapid sensory methods and examining regionality in Shiraz wines from across Australia. In 2016 Wes completed the prestigious Len Evans Tutorial and in 2017 he was selected to participate in Wine Australia’s Future Leaders program. Wes still lives in McLaren Vale where he also makes wine under his Dodgy Bros and Juxtaposed labels. Wes will address Understanding regionality in Shiraz: sensory and chemical profiles of Shiraz wines from six Australian regions on Tuesday in Session 7.