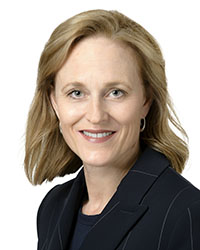 Bronwyn Klei is not only a leader, she is something of a groundbreaker – one of very few Australian women to have led a major men’s sporting team. Before recently joining Netball SA as CEO, Bronwyn was General Manager of the Adelaide Strikers T20 cricket teams – both the women’s and the men’s – winning the men’s national championship in 2017/18. In that role, Bronwyn helped create a successful, high-profile sporting business which attracted an average of 40,000 people to each home game (with more than a million watching on TV). She was also General Manager of Events, Sales and Commercial for the South Australian Cricket Association, responsible for a multi-million dollar income stream. Twice a Telstra Business Woman of the Year finalist, Bronwyn is also a Director of the International Women’s Forum, a global networking organisation for senior female leaders, and has her own company – Sunstone Coaching – which focuses on helping young women to better navigate through the business world. Bronwyn will address Gender equality in sport: lessons for other industries in Session 3 on Monday.